In this project I had to make a film and then later capture sound effects that I could latter put in the film. What my team and I did was go back to the shooting location to get the ambient sound of the area and other things like the sound of my foot steps and twigs snapping.

Film Before Foley and Sound Effects

Film After Foley and Sound Effects

Our foley process mainly involved going back to the original shooting location and capturing the sounds there. Some of the sounds we got were just the ambient noise in the area as well as the sound of my footsteps. 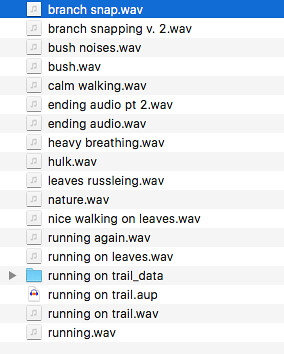 branch snap: this sound was simple we took a branch and stomped on it to get the sound.

brush noises: for this sound we had people go behind a bush and shake it so that we could capture the sound of the leaves and branches rustling.

nature: for this sound we went back to the original shooting location and just turned on the mic so that we could get the natural wind and bird sounds in the area.

running: for this sound we had me stomp on the ground and have someone put the mic to my feet so that we could gather those sounds.

ending audio: this sound was an accident it was intended as a branch snap but after a accidental editing fluke it sounded like the crushing of a rib cage.

scream: for this sound we had a member of our team with the closest voice to mine go into the sound room and scream like they were scared.

Signal Chain – At the source a microphone converts sound energy into analog electric signals. This signal is carried down a cable and into a preamp on an audio recorder or camera where it is converted into a digital file.

Single System Setup (Combined Video and Audio Production) – Audio is fed directly into the camera and recorded with the image.

Double System Setup (Video and Audio Production) – Sound is recorded into a dedicated (it just records sound) audio recording deck, like a Zoom or Tascam.

Sync / Scratch Track – Audio recorded with the camera at the same time as an audio recording deck.

Quantized – Analog sound wave that is split up into samples with the amplitude, or height of the wave (bit depth), measured.

Sampling Rate – Number of times the wave form is sampled, per second, determines how accurate the digital representation matches the original analog waveform.

Analog Signal – Analog recording methods store signals as a continuous signal in or on the media.

Bit Depth – How many different values of amplitude each sample can be.

Ambience: Psychological cue for space. Usually recorded on set/at the location of the scene.

what I learned and problems I solved

The main that I learned during this process was how to create foley sounds and how to use them making a film. a problem that I solved was that the scream at the end unexpectedly cut out. To fix this I simply had to have the audio fade out so that the cut out could not be noticed. 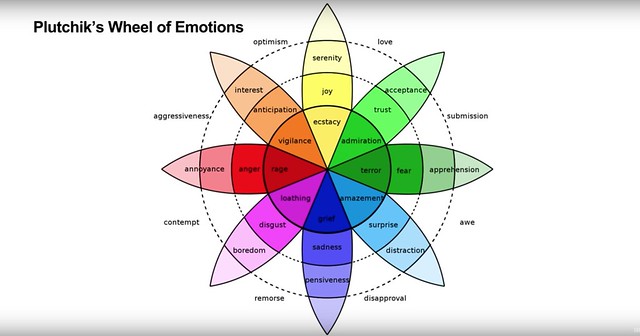