In this phase on our project we had to edit the film that we made in the first two production phases. For this phase we had to include such things as color correction and audio and visual transitions. This phase also acted as sort of a reflection time where we could determine what could have been done different to make the overall film better.

Edit one was simply putting the clips into the timeline to see if the film works and makes sense.

In the second edit I put some more effort into the audio transition and also put in a back and forth tension shot between each actor.

In my final edit I started to finalize and fine tune the film I slightly changed the back and forth shot and put in a cross dissolve for the fade to black at the end. 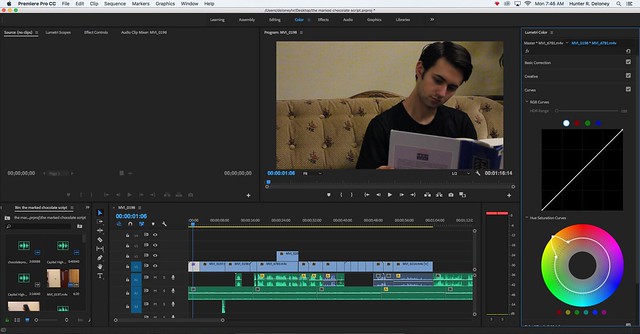 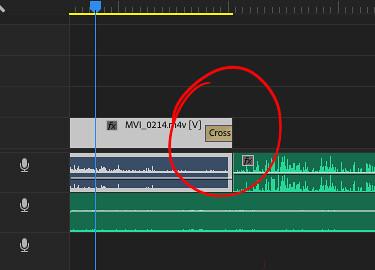 How Could I Have Improved The Film

The main thing that I learned in this phase of production was how to use the color correction tool as well as the J and L cuts. There was a small problem with editing because in a couple scenes there was a mirror that we were not aware of so some of our production crew ended up in some of the shots.

In this production cycle we needed to rehearse and shoot a film using the story board that we made to week prior and the marked script that was provided to us. This phase was structured a bit differently than production has been done in the past because we were not our own actors but instead had another team act for us this creates many benefits but also presents new challenges sine we now have to direct people to act out a scene that they may not be full comfortable with.

Production Notes for Each Day of Shooting

We need to rehearse and make sure that our actors know their lines and what they need to do for each shot so that when we record we can get it done quickly and effectively.

We were able to rehearse the script three times but it seems like we may need to do one last test run tomorrow so that the actors fully understand what they are suppose to be doing and to make sure it has the feel and look that we want.

In order to make production go smoother we need to review our story board more so that we aren’t slowing down production by constantly checking were we are in the shot.

We need to practice the script one last time and then record our shots as well as upload them to one of our teams computers.

We were able to get all of the shots we needed and upload them to the computer but we need to push audio recording to next week because our sound designer was absent.

Overall the best way to solve our problems is to coordinate better with all members of our production team so that we can plan and not be taken by surprise since it dramatically slowed down production.

What I learned and problems I Solved

Overall the main thing that I learned during this production phase was how to block as scene as well as communicate with the actors so that they knew what I wanted them to do in a scene. The only problem that we ran into was that the lighting in the are was sort of weird but this can be fixed with color correction during the post phase. Along with this our sound designer was absent so we had to find a way to plan around that but over all the production went smoothly.

During the Pre production phase is when my job is the busiest because during this phase I am collaborating with every member of our production crew. during this specific cycle most of my time was spent with the sound designer as well as the cinematographer. My collaboration with the sound designer largely consisted of deciding how we should go about gathering the sounds we need and what sounds to have in each shot and what each shot should sound like. My collaboration with our cinematographer was made up of the two of us deciding how to block the scene in relation to how we wanted the camera to help tell the story. 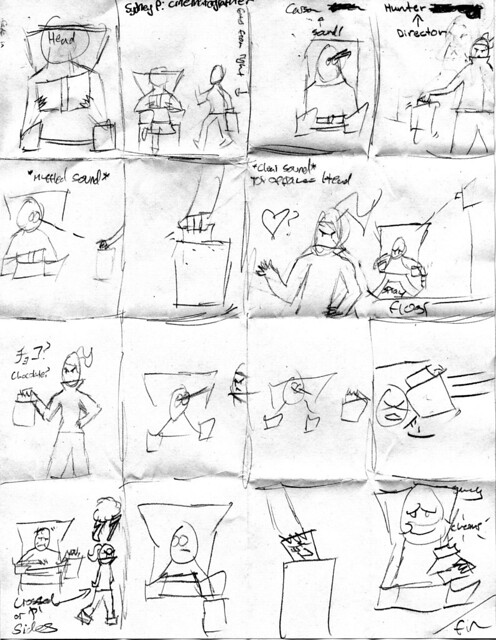 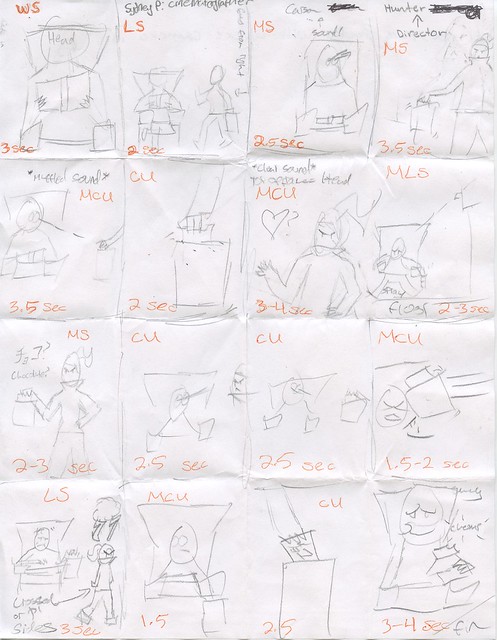 On frames 5 and seven you will seen notes from me and the sound designer about muffling sound in frames 5-6 and the sound going back to normal in frame 7.

Also on the last frame we marked that we are going to need a chewing sound for that frame.

Throughout the story board you will see orange markings that have two the three letters and a number of seconds this was done by me and our cinematographer and they tell us what type of shot we are going to use as well as a general Idea of how long each shot needs to last. 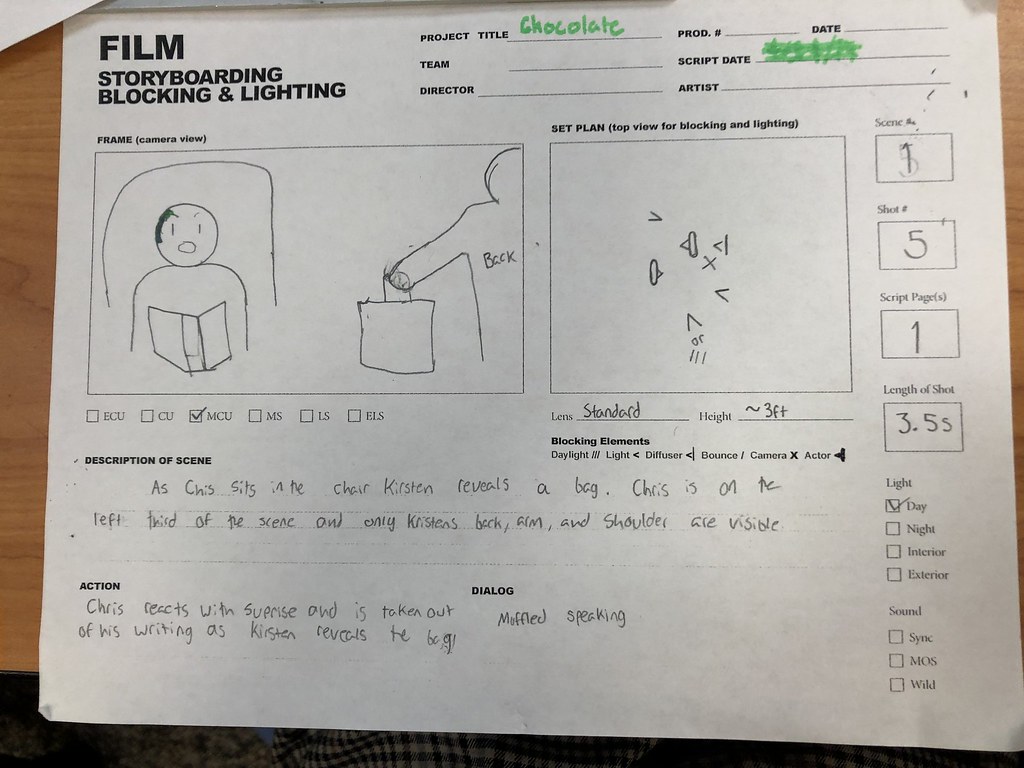 This document was largely a collaboration  between me and the cinematographer so that we could accurately plan out the blocking of the scene as well as what the shot would look like.

had conversation with mr.Johnston about using conference room-b 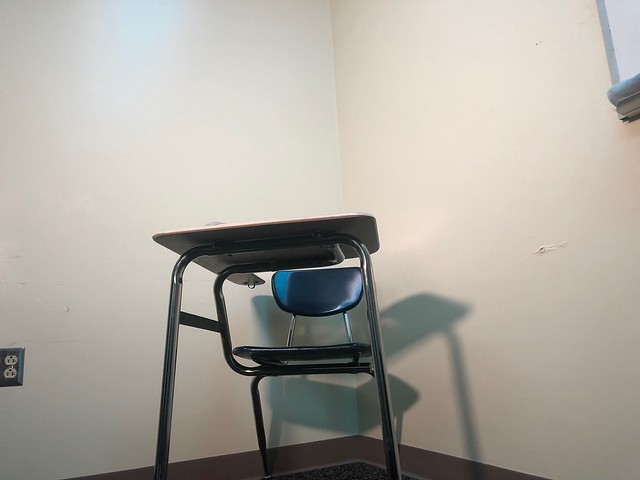 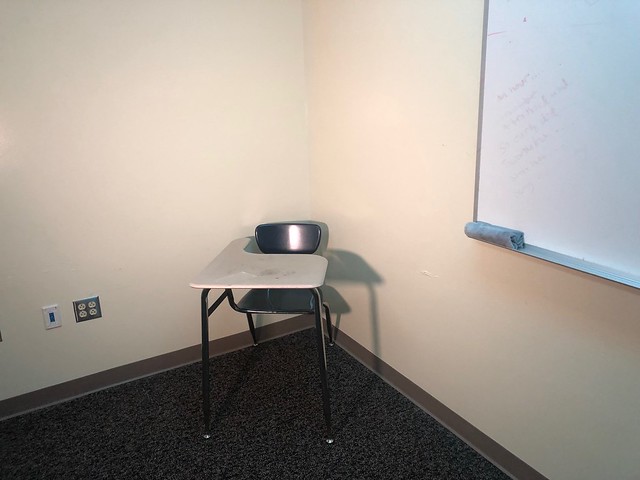 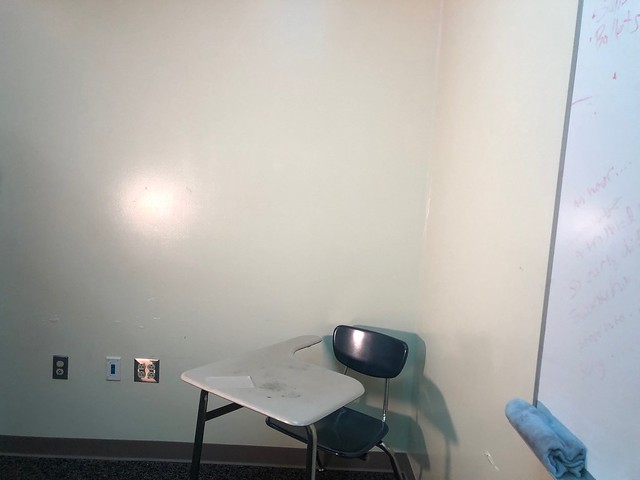 day one: film or be filmed

day two: film or be filmed

day three: film or be filmed

day four: film or be filmed

During this post production phase we were introduced to a new way of organizing our production phases which provided may learning opportunities. Over all I feel that the most important thing that I learned during this phase of production was how to plan which may sound weird given that we have been doing this for a while now but this pre production phase went smoother than any before it and I believe that its due to the way we planned everything. The only real problem that I had to solve was that we needed a good shooting location but after talking to another one of my teachers I was able to reserve conference room – B for shooting.

In this assignment we were given a half an hour raw interview of James Clark and multiple different b footage options and were tasked with editing it down into a interview that last less than three minuets and used transitions such as the morph cut as well as cut away to b-roll three times. 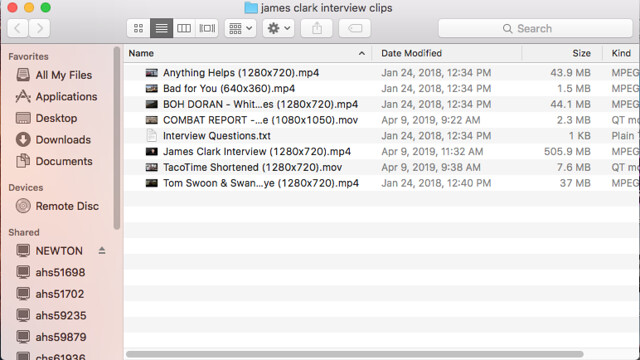 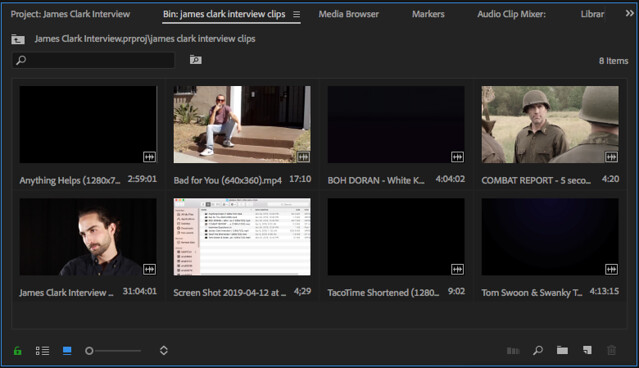 I*n this project we were tasked with taking the film that we had made used in the last two projects and adding music to our most previous edit of it as well as creating a blog post explaining our choices for the music. 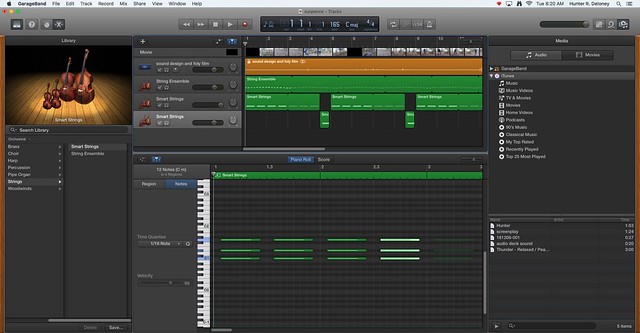 What I Learned And ProbLems I Solved

In this project the main thing that I learned was how to use a combination of different music keys and the already established tone of my film to direct the emotions that I wanted my audience to feel. The only problems that I ran into during this was that for some reason in Garage Band some keys would not work so I had to find some way around them in order to make the music that I wanted but other than that it was smooth sailing.