camera projection and field of view

rendering two cameras at once

what is the light in unity

putting a point light on a game objects

halo as a component

After watching the two videos on lights and cameras I have developed some ideas on how to use the skills I have learned to enhance my capstone game. sadly altercations to the camera cannot be made because my game is a top down space shooter style game so making changes to the camera would break the game and make it completely unplayable. However I have some Ideas on how I can use the lighting to my advantage to make in more visually impacting . For starters I want to make the overall scene darker so that the game really feels like it takes place in space which may be more a problem of changing the background but I also want to use a directional light that has a low intensity and is colored black so that it darkens the environment. Also I want to apply a light texture to certain parts of my player ship such as the windshield so I can add some contrast between the textures. 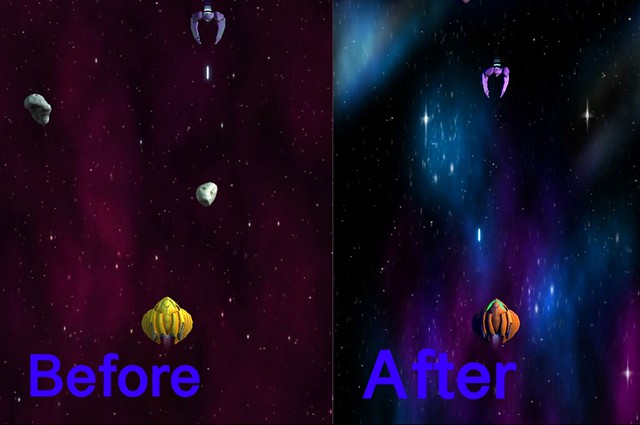 in the game god of war for the ps4 you end up exploring five out of the eight realms and each one invokes a different feeling. But not all of them invoke emotions however they all have their own atmosphere. The realm that you start the game out in is midgard. this realm is the only one that does not invoke a feeling that you would not feel outside of you normal day and I feel like this is intentional because this is suppose to be this games earth so it feels very grounded and realistic due to the fact that it is mostly mountain ranges and trees. 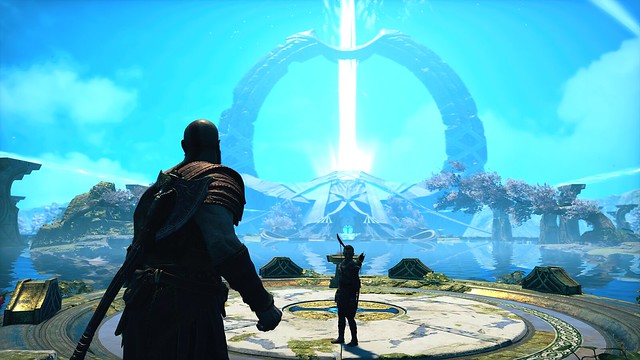 later in the the game you end up in one of the other realms known as alfheim. this is one of the more mystical realms it has a pink sky and elvish architecture that really makes you feel like your in another world. The emotions that I think the world tries to invoke would be a sense of amazement.

you’re at the grocery store… what if  the cereal starts to fly off the shelf? a portal to another dimension opens in the meats department. the floors start melting? then you start hearing voices that start telling you to ride a cart through the cereal section? what does he do he listens to the voice gets hit by flying cereal and falls through the portal and gets trapped in another dimension. (note he is insane)

secret CIA agent John Lee White is taking his once a year vacation on new years eve in hawaii oahu. He attends a luau. His vacation gets interrupted when he gets a call from work warning him that the island is about to experience a hostile takeover. He soon realizes that he is the one that needs to save the island and that this will no be a typical vacation.

Students research one of the following story plotlines (we see these in films all the time).

skill’s needed for this job

I feel that the role of the director is a great fit for me because I love being in a leading position when it comes to a wide scale project such as a movie because I love doing a wide range of jobs. And for that reason I feel that the director role would be great for me but one place where i struggle is working under pressure. If I am given a good amount of time and space doing a wide scale project is much easier it’s when I am put under pressure. The funny thing is that even when I am under pressure from something like a time constraint or having a load of stuff dumped on me towards the end of a project in the back of my head I know that I can still get everything done but for some reason when that type of pressure is put on my I stop thinking logically and start freaking out and in the end that is what slows me down and will make me fail in the end.

skill’s needed for this role

I would say that I do have most of the technical skill needed to be a graphic artist. For years I have excelled at most major creative skills such as photoshop of just the ability to draw. Even though having those skills is great if you want to be a graphic artist you also have to be able to work with others effectively if you want to be efficient at that job and that is one area where I have had trouble in the past. Now I am not saying that I can’t successfully work with a group the fact is that I have before. The problem for me is that when I work with someone I tend to want to micromanage and have trouble to trusting my team members to do their part which is something that I need to work on if I want to be a successful graphic artist.

Skills and Interests in a Team

I chose these skills to be in my team because I want to work with people who can stay focused and driven towards a goal and for that to happen you have to have certain skills. Now of course you can be determined and driven to a goal just by wanting to be but it helps if you have a skill set that aligns with that goal because you will have a set path on how to reach that goal.

The goals that I want to reach this year are very straight forward first I want to be able to tell a story that engages my audience and makes them feel connected to the story and characters on a human level. I also want to be able to create a new and amazing world that will draw in the audience and make them feel as if they are part of that world. The reason that I chose these as my goals is that my favorite movie Avatar is one of the few movies that has pulled this off in a compelling way. that is the reason that creating a thoughtful story is first on my list because with a lot of movies that create a new and original world they spend too much time on creating that world and not creating a good story. This is something that Avatar does well and it does it in a creative way by making the world a character itself and makes it a part of the story in a meaningful way.

‘The budget for Jubilee was very tight, with no luxury of multiple takes, so Derek worked out all camera angles and positions of actors meticulously before he shot anything’. . BFI National Archive

Every scene he imagined was realized first through intricate storyboards before being executed with actors. Few directors were as reliant on the drawings, fewer were as brilliant at making those visions a reality.

In film the process of creating a story board can be approached in many different ways and each one has it benefits depending on the limitations and resources that you have to work with. some of the most esteemed and respected had some very interesting ways do creating their story boards and for me some of those really stand out as a creative way to visualize their film. In my opinion some of the most useful are the ones that fully create their shot on a piece paper

Can You Hear This?

My goal for this class is to learn as much about the filmmaking process as possible so that I can broaden my future career options.