In this project I was tasked with creating a mic audition podcast where I sampled eight different microphines to see how each sounds and to see which one I liked most.

Dynamic Mic. – In a dynamic microphone a thin diaphragm is connected to a coil of wire called a voice coil which is precisely suspended over a powerful magnet.

Condenser Mic. -Instead of using a coil, ribbon microphones use a small strand of very thin 2 microns thick aluminum ribbon.

Cardioid pattern – Condensers use two charged plates, one fixed and one which can move acting like a diaphragm.

Phantom Power – +48v of energy sent down the microphone cable to a condenser microphone from the audio recording or mixing board.

Sensitivity – Output level. Voltage of output signal when exposed to a certain sound level. Can be expressed as decibels below one volt. Most microphone signals are less than one volt so a negative number is used (-50dBV). Higher number means microphone is more sensitive (-30dBV) and a lower number means a less sensitive microphone (-70dBV). This number is meaningless unless you know what sound pressure level (SPL) it was tested with. Most are tested at 94dB/1 Pa.

Transient – An abrupt change in level. Like a cymbal’s crash or a singer’s T’s or CH’s.

Placement – If the sound source (mainly vocals) is farther away (3-4 ft), the voice is still clear but you get more room noise, which may be good if you want reverberation. Move the sound source even further to get more reverberation. About half a foot away from the mic, is the normal place for a vocalist. You get less room noise and the voice sounds even clearer. Picks up subtle changes in the voice. Moving the sound source to right in front of the microphone will increase the bass (proximity effect), as well as giving the voice a more intimate feel. A pop filter will be needed to prevent some words from “popping”. Like the singer’s P’s.

Proximity Effect – The increase in bass when a sound source is moved closer to the microphone.

Noise Rating – The signal (sound source) to noise ratio measured in decibels (dB). Noise is any sound in the background you don’t want. Electricity vibrates at 60dB so you want the ratio of the signal and noise to be higher than that. Preferably 90dB or higher.

Mic. Clip – Holds the microphone to the stand

Mic. Stand – Holds up the microphone so the speaker doesn’t have to hold it. Height can be adjusted.

Direct Box – Connected to the mixer. Balances various outputs an inputs from the microphone and the mixer.

the main thing that I learned in this project was how each microphone that I auditioned sounded and also which one that I liked the best. Along with this I also gained some sense of how each different microphone can be used for different task and that gave me some ideas for future projects.

I was given a video clip with audio that we recorded on the standard camera microphone and I was also given five audio clips that had been recorded after the video was made. Then I was told to match the audio up to the video clip as best as possible. 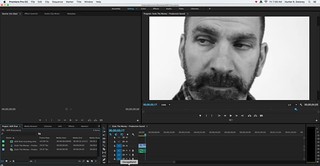 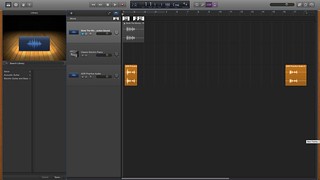 Equalizer – Boosts or cuts the amplitude of specific frequencies

Second order filter – AKA Peaking Filter or Parametric EQ, Can boost/ lower frequency, can boost/cut with gain, and can widen the value of the parabola with Q.

Notch Cut or Band Stop filter- Cuts an area of sound by using Q in a second order filter.

Equalizers: Fix inadequacies in the recording, Mix audio, and to make a track sound better or different.

Dynamic Range – difference between the very soft and very loud

Expander or Noise Gate – like a compressor, but makes lower values softer

Multiband Compressor – combines the bands of EQ with the ability of a compressor.

Noise Reduction with a Fast Fourier Transformer – Takes a snap shot of the noise, and removes the un-wanted noise from the track. By removing all the background noise, Chirping can occur.

Delay filter – creates Audio Combing, can add a unique value to a project

Reverb – sum of lots of varied echoes, simulates the appearance of space in sound

Problem I solved  and the things I learned

Overall I didn’t have many problems  The only thing that came up  was that the exporting process was working correctly  but I eventually figured out that I had to change the file location. The main thing I learned  was how to use GarageBand.

advantages and disadvantages of dynamic microphone